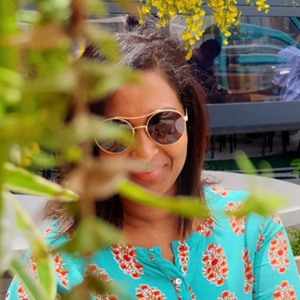 As the General Manager of Radisson Blu Muscat, Petr Dubsky upholds the Radisson Hotel Group’s principle, Every Moment Matters, with diligence and passion. The group abides by the principle of being an exemplary host and partner to guests, owners and team. Petr joined Radisson Blu Muscat in 2019 and has led the hotel as well as the team to success despite hospitality being one of the industries to be affected by the pandemic. In a chat with The Luxury Bulletin, Petr Dubsky talks about the journey so far and how the hotel has weathered the storm that the industry has faced.

How has the past year been for Radisson Blu Muscat?

The beginning of the pandemic in 2020 was difficult for every industry, not just hospitality. There were challenges for us. But one of the key jobs that I undertook when I joined was to unite the team. I wanted every single employee to be fully committed as well as be a team player. This proved to be successful in particular since the beginning of pandemic and during the major lockdowns, where all colleagues supported the overall hotel operations despite challenging obstacles. We had people from different departments offering their services across the hotel – the staff stepped up when there was a need and that has been one of the highlights.

What changes have you introduced in the property?

One of the first changes to be implemented after I joined was to renovate the spa. We had only one room; along with the renovation we added one more room. The focus remained on having a very quiet and peaceful environment that would allow our guests to completely switch off and relax. Since the renovation, the commercial performance of the SPA has almost doubled.

Another change that was introduced was the creation of air-conditioned cabanas around the swimming pool area and the Lazy Lizard Bar. These two spaces are among our most popular venues in the hotel. Since the ease of restrictions, people have been able to come to the hotel and enjoy our facilities thanks to the airconditioned cabanas. The outcome majorly increased demand and overall guest satisfaction. Now, our guests can enjoy private areas within the busy environment of Lazy Lizard.

We also recently reopened two of our F&B outlets that were previously outsourced. Bar 99, one of the most popular venues in the city, decorated with a coffered ceiling, elegant chandeliers, and dark woods, offers a classy ambience. La Padella Italian Restaurant is designed with graceful archways, marble flooring and soft chandelier lighting that provide a sophisticated ambience.

Could you please share some of the community activities that the Radisson Blu Muscat team has been involved in?

With the support of my Human Resources team, we have been focusing on supporting the local community. We have organised blood donations within the premises of the Radisson Blu Hotel Muscat with the blood bank; distributed water to workers during summer months; provided gifts to kids in hospitals and worked with other Responsible Business activities.

To what would you attribute the hotel’s impressive journey over the last year?

The staff are at the forefront of the hotel’s success. Guest satisfaction and service has been one of our guiding principles. We are also committed to deliver the promised results to the owners, which is a Radisson Hotel Group philosophy. When we were faced with uncertainty caused by the pandemic, we adapted very quickly to the crisis. It has been a team effort and that has helped us weather the storm over the months.

Radisson Blu Hotel Muscat is a four-star property; however, my aim is always to deliver over and beyond reaching five-star service.

Málaga back on Qatar Airways’ route

A haven in the desert